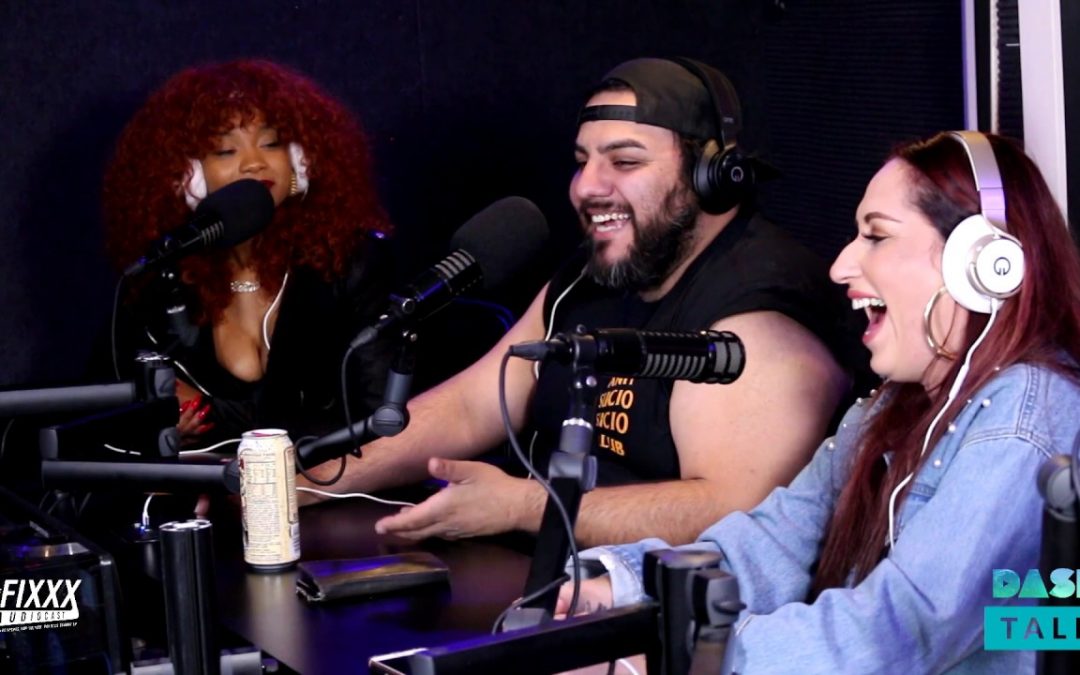 Calipso Aranda was born in Nayarit, Mexico and moved to the U.S. with hopes of a better future. She started to focus on her career at the young age of 13 years old when she realized that she wanted to become a young actress. It wasn’t until her mother got tired of her nagging and placed her in acting classes to help her improve her skills. She then realized that radio had to be a part of her life and put herself through broadcasting school.

After graduating, she landed at her first radio station job in Promotions. She then finally got her chance to rock the LA radio airwaves as a part-time host on Sundays then was asked to co-host the mornings at Exitos 93.9 a Top 40 format. She was then given the opportunity to host fill-in shifts for Radio Centro 93.9 FM. With more than 3yrs of on-air experience, radio has and will always be her passion.

Calipso worked as a News Host Reporter for EDI Media of G&E Studios reporting the traffic, weather and news to 10 states and was a weekend Host for Trend Detective and Global Monitor where she edited and produced the shows. Calipso was also a news Script Writer for Mexico, Tijuana and Mexico City News of more than 120 stories per day and she loved it .

She was eager to work as hard as she could, and was later asked to assist as a part-time Production Assistant. Her job was to also interview many Latino actors and artists such as Lupe Ontiverios, Tony Plana, Rick Najera, Gustavo Galindo, Will Dog from Ozomatli and La Santa Cecelia, Ice T & CoCo. Calipso wanted to further her talents in writing, and became an avid blogger for the radio station and also was a columnist writer for an online magazine. Currently she is at iHeart Radio as a Producer for Alex Gervasi who is Middays 10-3pm and the Producer for The Community Council Shows airing Sunday’s on 102.7 KIIS FM, ALT 98.7, REAL 92.3, and KLAC

She is also a PI at The Academy Of Radio & TV Broadcasting and teaches lectures on radio.

Javier Gonzalez (DJ Javi) is nn LA based Dj/Music Producer. He has been djing for 15+ yrs all over California.

DJ Javi is holding residencies in both Los Angeles and San Diego. He also dj’s all over Las Vegas, Miami and New York.

Javi is currently the lead Dj/Music Producer for Dash Radio’s Latin Format; Dash Latin X. He has also djed for such acts like Problem, Jon B, Hunny C, Jenn Morel, Sonora Dinamita, and many more.

Tune in to Dash Latin X every Saturday from 1-4pm & Monday-Friday 4-6pm to hear Calipso Aranda and DJ Javi.

We use cookies on our website to give you the most relevant experience by remembering your preferences and repeat visits. By clicking “Accept All”, you consent to the use of ALL the cookies. However, you may visit "Cookie Settings" to provide a controlled consent.
Cookie SettingsAccept All
Manage consent

This website uses cookies to improve your experience while you navigate through the website. Out of these, the cookies that are categorized as necessary are stored on your browser as they are essential for the working of basic functionalities of the website. We also use third-party cookies that help us analyze and understand how you use this website. These cookies will be stored in your browser only with your consent. You also have the option to opt-out of these cookies. But opting out of some of these cookies may affect your browsing experience.
Necessary Always Enabled
Necessary cookies are absolutely essential for the website to function properly. These cookies ensure basic functionalities and security features of the website, anonymously.
Functional
Functional cookies help to perform certain functionalities like sharing the content of the website on social media platforms, collect feedbacks, and other third-party features.
Performance
Performance cookies are used to understand and analyze the key performance indexes of the website which helps in delivering a better user experience for the visitors.
Analytics
Analytical cookies are used to understand how visitors interact with the website. These cookies help provide information on metrics the number of visitors, bounce rate, traffic source, etc.
Advertisement
Advertisement cookies are used to provide visitors with relevant ads and marketing campaigns. These cookies track visitors across websites and collect information to provide customized ads.
Others
Other uncategorized cookies are those that are being analyzed and have not been classified into a category as yet.
SAVE & ACCEPT